Aisha on what women want… and don?t want. And the start of her own law firm 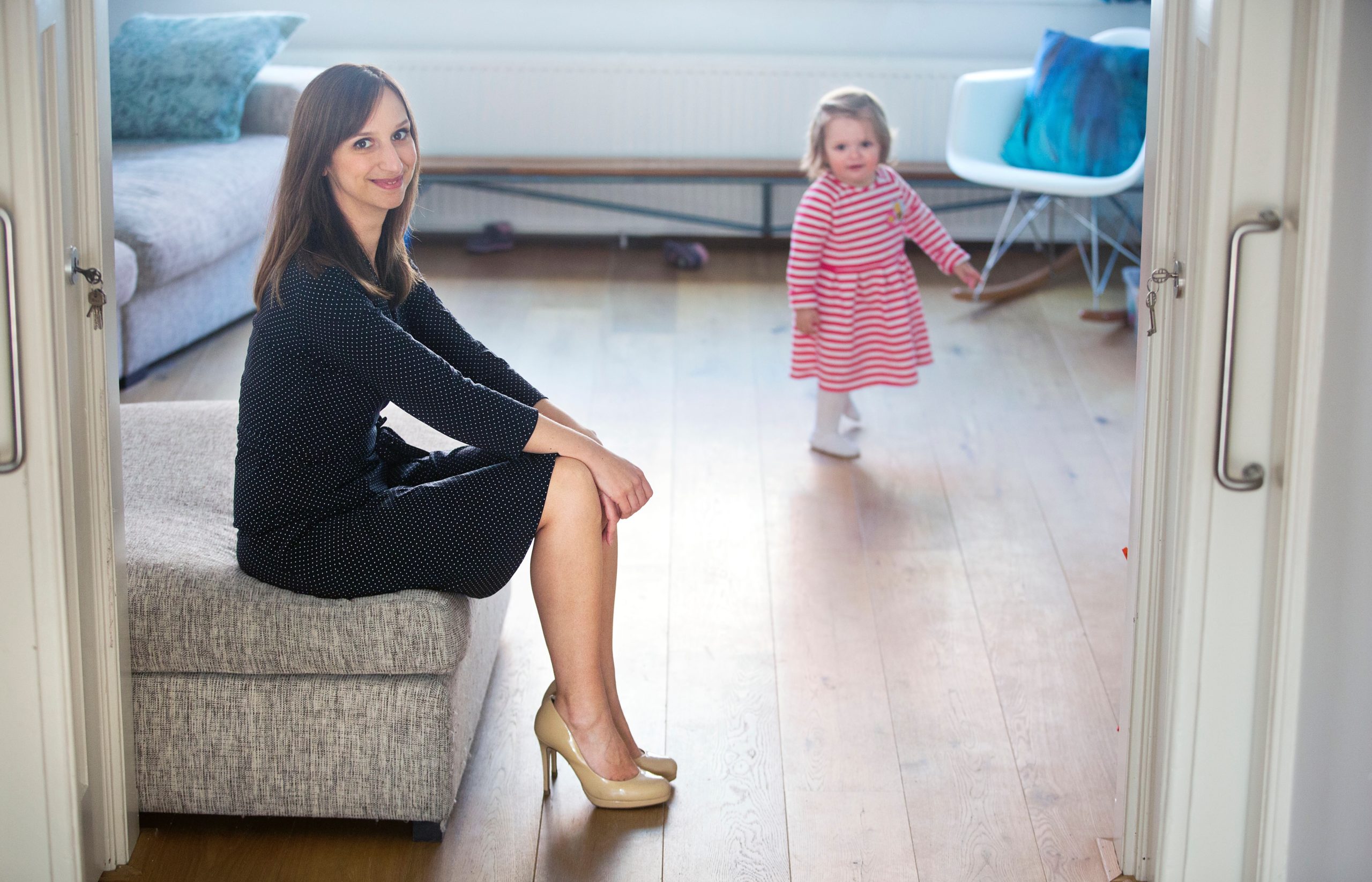 Aisha is a 36 year old solicitor who recently launched a legal practice. She lives in The Hague with her Irish boyfriend of 10 years and their 18 month old daughter. She is also a member of The Hague City Council.

How old was your daughter when you returned to work??2 months

2 months – that’s quite young. What type of childcare arrangements did you make?
I was very lucky because my parents were willing to help us look after her… they live around the corner.

How did your career change since you had your daughter?
That’s a tough one! It’s hard to determine which changes were choice and which were necessary. Before I had Famke, I worked as a policy advisor in the House of Parliament. Politics is not a 9-to-5 game – that was great because I loved it. But working 60 hour weeks, including my city council work, was too much. And I wasn’t fine with barely seeing Famke. Unfortunately it wasn’t possible to cut back on the hours as a policy advisor. So I decided to try my luck elsewhere. But finding a part-time position to combine with my city council work and home life proved harder than I thought. So in the end I decided to create the job I was looking for myself… That is why I started my own law firm. It’s not ideal because starting your own business is messy, expensive and doesn’t pay off immediately. But it gave me the freedom to do what I love in the way I wanted – and that is amazing.

What is one of the biggest challenges you experience in your work life now?
Right now it’s the question of ‘how fast will my business turn a profit?’. I started on the 1st of February and I have had about 5 cases so far. But most of my monetary gains go straight back into the business. Finding financial independence is a journey.

According to recent studies, the numbers of women in leadership positions is still low in The Netherlands. Gender pay gap is also an issue for most women. What are your thoughts on this?
Why don’t we crack the solution to world peace too while we’re at it…? (smile) You ask tough questions Angela! But it’s a good one…

Where do I begin? I found that society has a preconceived notion that every woman wants to have babies and raise children. If a man and woman go for a job interview, then the interviewer may think the woman poses a risk – since she may take a long maternity leave. That already puts the woman at a disadvantage.

And even if you get the job, it doesn’t end. When a man leaves at 18:00, people will assume it’s because he’s efficient. When a woman leaves at 18:00 they think she cares more about her home life than about work.

It sounds strange but it still happens, even in The Netherlands!

So women still find it hard to climb the corporate ladder?
Of course, women are frequently passed up for promotions because people assume they don’t want the long hours and the extra pressure. With men that’s never an issue, even if they have kids.

I have also met an awful lot of extremely competent, leadership material, super efficient, intelligent women who were in low-paying, low-power positions: secretaries, teachers and nurses.These women would blow the male politicians and CEOs out of the water. Why are they not in leadership positions? Do they care more about giving to society than about power and money? Or did they not get the same opportunities as men? I’d love to know.

What do you think about men playing their part as a parent?
Yes! Men should be taken seriously as parents. A female colleague told me that she found men who worked less to spend more time with their kids a total turn-off. (Errmm, well yes it should be, because he’s probably attached).

She thought that a man should be ‘manly’ – working long hours, wearing a sexy suit, bringing home the bacon.

Some women complain that their men can’t handle child-related activities properly. And they go into lioness mode, swoop in and take over. Nothing is ever gonna change if we keep doing that.

How do you envision your career and life in 3 years?
I see my firm thriving, my clients happy, and me satisfied with a job that provides fulfillment and pays the bills. Just as important I want balance between family and career.

A message to your daughter: I wish you…
My smart, strong, sweet, beautiful Famke… I wish for you to grow up content with who you are, living in freedom, healthy, happy and safe from harm and I hope you will always surround yourself with people who love you and accept you, warts and all.